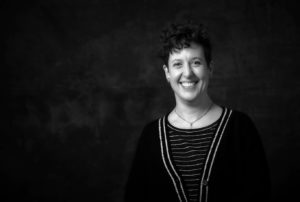 Working at Frank + Candor, I talk, write, and think a lot about our specialty; marketing to women over 45.  Please note that I wrote “women over 45.”  (To mix it up, I sometimes use “women 45+.”) There’s been a lot of ink spilled in this industry over what to call this group.

But, it’s more or less agreed that it probably shouldn’t be the same as what’s on the sales by demographic spreadsheet.

This brings up a can of well-trodden worms. You could say “old,” but I don’t think that would get you many friends in the age group. “Mature” sounds matronly. “Experienced” sounds like they sleep around. I don’t feel it’s appropriate to even consider calling myself a “senior” until I start getting social security checks (I’ll cross that bridge when I get to it).

This lack of a positive name has been attributed to ageism, sexism, and cultural stereotypes — these things are real. But you know, there’s not a particularly good name for any age group. “Child” and “baby” can both be used as an insult. “Juvenile” seems to likely end in “delinquent.”

“Adolescence” and “teenager” conjure up growing pains, pimples, and raging hormones. I don’t miss being called “little lady” at all. Actually, I would prefer “wrinkly.”

“Middle age,” if you say it right, sounds like a beige mid-priced sedan that’s been recalled for unspecified safety reasons.

“Middle age,” if you say it right, sounds like a beige mid-priced sedan that’s been recalled for unspecified safety reasons. Or even worse, “mid-life,” where the demand for “Over the Hill” cards skyrockets and “crisis” naturally follows.

Things people like to be called tend to be age-agnostic. One has just as much opportunity to not be “hip” as a teenager as someone in their 50s. Passionate, witty, generous…these words don’t give up the age of the person they’re describing.

You can be “inspiring” at any age, but broadly speaking, older people do have a leg up as they’ve had more time to knock our socks off. “Tech-savvy” does tend to apply to the younger age groups that are digital natives, but does not exclude other groups from attaining that descriptor. People are gamers, fun, and foodies; swimmers, smart, and scholars; clever, knitters, and hikers. I could go on, but you get it.

Very few people other than marketers repeatedly refer to “woman over 45” as a whole. So, there’s really no reason to call them anything.

But, I would be remiss if I didn’t suggest something. There’s nothing like the wine industry to give a name to something more than 50 years old that is complex, delicate, nuanced, and sophisticated. How about 1966 Burgundian Chambolle Musigny, anyone?